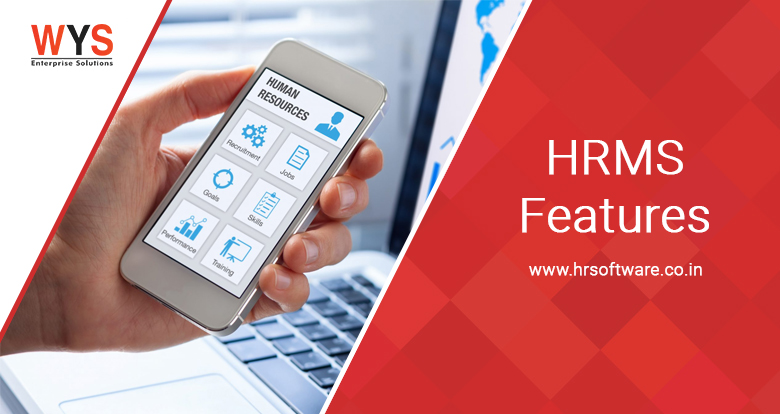 AI, Big Data, Edge Computing, IoT and so on. And, humans. The latter still remains far more complicated than the former which being machine-generated has capabilities that remain within certain bands and predictable and programmable ranges.

To keep the HRMS in good shape and to take out its full worth, as also to know what ails it and how to correct it, there is no alternative to a well-formed HRMS, short for Human Resource Management Software. Saying this is far, far easier than actually doing anything to change it for the better given that organization among themselves are complex affairs with departments, sub-departments, functions, sub-functions and very many complexities therein. That apart, given that HRMS is a software in itself and is said to contain all the functions of human resource management of a company, it’s quiet, quite complex in its architecture despite which it has to be easy for the operators to know and operate easily.

For a software as important & significant as HRMS which is said to be able to handle all human resources functions, there ought to be some features it ought to have come what may, including the following:

1. Guiding the Management in the important aspect of Managing HR resources!

If for a start, the HRMS does NOT help with this, it is no better than a simple excel sheet which gives data but not information and reports helping Managements take important decisions with respect to HR.

Analysis being central to any management function, the HRMS so procured ought to support the Management in analyzing every aspect of the HR department be it from the view of operations and production or finance and output which speak about what should be the cost outlay and what kind of output can be expected from the proposed HR being recruited.

2. Design of the front-end (UI) should be very, very user-friendly

One should always remember that the HRMS thus procured would be used by practically every strata of the organization right from people on the shop floor to the owners and top management. For this reason, the User Interface of the system should be such that it appeals to a large section of the intended audience and they do not either get bored or over-awed by the system. People in the finance and HR department may access the system for reasons completely different from those of production, logistics and plant-support. For this reason, the HRMS should be designed to be design-neutral while being useful to everyone.

3. On the cloud architecture

Agreed that the HRMS an organization purchases invariably shall be heavily customized and should ideally be a stand-alone affair which sits in one place. But what if the organization has multiple functions across multiple geographies which extend beyond the traditional physical borders. Add to that, varied product and business-lines and equally vast HR resources itself! Case in point could be the IT industry where organizations sometimes employ way beyond traditional country/ economic borders. A HRMS which is on the cloud is free from the constraints of being in one place or being operated ONLY by one set of people with their inherent ideas and biases. The cloud makes things independent of place, time, thoughts and ideas. The procured HRMS can then be operated from any place. Costs thus come down whereas quality goes up.

Organizations invariably, despite a tight fool-proof HRMS, could have individualized systems which complement the existing HRMS but are not part of it. Such innovations should never be shooed away as it shows that there is someone in the organization who knows how existing resources need to be used for better output. Where possible the HRMS tool ought to integrate existing efforts at data capturing and analysis. This, besides making the system more flexible, also gives a major boost to the efforts of those who go out of their way to create systems.

Remember those times when computers weren’t around? Every piece of information had to be sent across individually, and the recipient’s reaction taken individually! Besides being tedious, it was time consuming, costly and anything but accurate. With the coming of HRMS systems, the greatest advantage to HR administration has been that they can now send and receive information at the speed of light. That besides, information can be sent to specific individuals too and that too equally fast. If an HRMS does not help with the same or has limitations on how to communicate with personnel, to quite an extent, its purpose of existence itself gets defeated. HRMS thus ought to have dedicated functionality for sending customized notifications.

An HRMS should never be the extension of a iron-clad service where the employees themselves have no or very low control over the information that is available in the system. The HRMS is after all about employees and their betterment. That being the case, it ought to have certain functions which ONLY the employee ought to complete. This could include giving out personal information, knowing and questioning scores allocated by the system, putting forth one’s views on the system which affects the working and growth of the organization. In doing so, the HRMS shall go beyond being a keeper of data to being a system that looks at every HR asset with respect to his/ her capacities and capabilities, and helps management take right decisions for the betterment of present and future HR assets.

7. A hand-shake with other software and systems

Software in a basic way, is quite similar to a human who it shall serve. And like humans ought to have connections across the board if it is to give its best shot. And HRMS software which does not allow interoperability between complementing software runs the risk of being left alone which means only one thing with time. Death. Like humans cannot exist in a lonely set-up, today even the functions of a human resource management software ought to promote connectivity between systems and softwares. No software is forever. Invariably, every software has its limits beyond which it HAS to look up to others for newer functions. For this reason, a cloud-based HRMS makes more sense than a stand-alone feature.

8. Report generation by HRMS
Human Resources are the most dynamic of all of an organization’s resources. They are needed because they form the very cause and effect behind the very existence of any organization. Without them, the organization loses the very reason for its existence. But it isn’t that simple. Human Resources are dynamic in their thoughts, needs, ideas, expressions and wants. What this then means is that the HRMS system ought to be able to highlight each need and suggest ways and means of solving them. Reports that the HRMS generates should then be as dynamic as the asset itself which takes into account every need of the human resource. Reports could be to do with performance, pay-scales, holidays, resources being put forward and so on. More dynamic the report, better would be the chances of the management being able to come to any conclusion and take decisions.